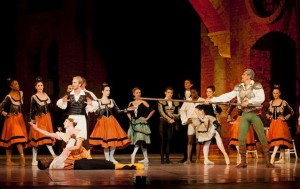 Don Quixote is a ballet originally staged in four acts and eight scenes, based on an episode taken from the famous novel Don Quixote de la Mancha by Miguel de Cervantes. 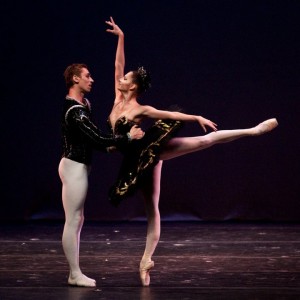 In ballet, a pas de deux is a type of dance for two people, typically a man and a woman.  It usually consists of an entrée, adagio, two variations (one for each dancer), and a coda.

Ballet flats or Dolly shoes are derived from a woman’s soft ballet slipper, with a very thin heel or the appearance of no heel at all.  The style sometimes features a ribbon-like binding around the low tops of the slipper and may have a slight gathering at the top-front of the vamp (toe box) and a tiny, decorative string tie.  Ballet slippers can be adjusted and tightened to the wearer’s foot by means of this string tie. 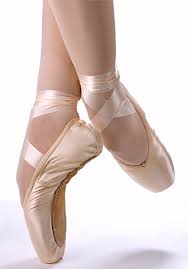 A ballet shoe is a lightweight shoe designed specifically for ballet dancing.  It may be made from soft leather, canvas, or satin, and has flexible, thin soles.  Traditionally, women wear pink shoes and men wear white or black shoes.  Tan colored slippers—which are unobtrusive and thus give the appearance of dancing barefoot—are worn in modern ballets and sometimes modern dancing by both men and women. 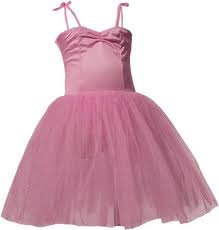 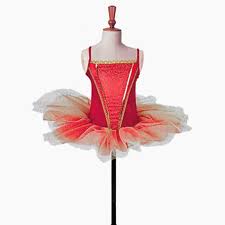 A tutu is a skirt worn as a costume in a ballet performance, often with attached bodice.   It consists of a Basque (or waistband, it can either be part of the bodice or a separate band) and the skirt itself might be single layer, hanging down, or multiple layers starched and jutting out.   The bell-shaped Romantic dress of the mid-1800s gave way to the tutu at the end of the 19th century.  Connoisseurs of ballet, the Russians wanted to see the new technical feats and fancy footwork of their ballerinas.   The new long, floppy, 16 layer tutus reached to the knee and allowed the female dancers much greater mobility in such technically demanding ballets as Swan Lake, The Sleeping Beauty and Paquita.