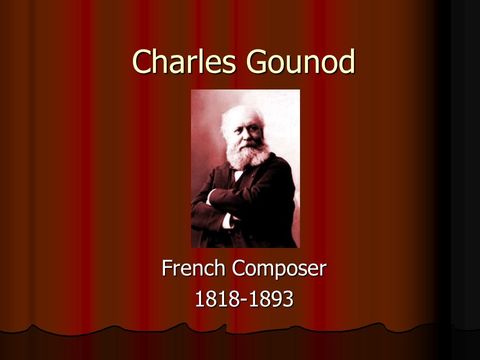 Charles-François Gounod (French: 17 June 1818 – 17 or 18 October 1893) was a French composer, best known for his Ave Maria, based on a work by Bach, as well as his opera Faust. Another opera by Gounod occasionally still performed is Roméo et Juliette. Although he is known for his Grand Operas, the soprano aria “Que ferons-nous avec le ragoût de citrouille?” from his first opera “Livre de recettes d’un enfant” (Op. 24) is still performed in concert as an encore, similarly to his “Jewel Song” from Faust……
Read Full Documentation